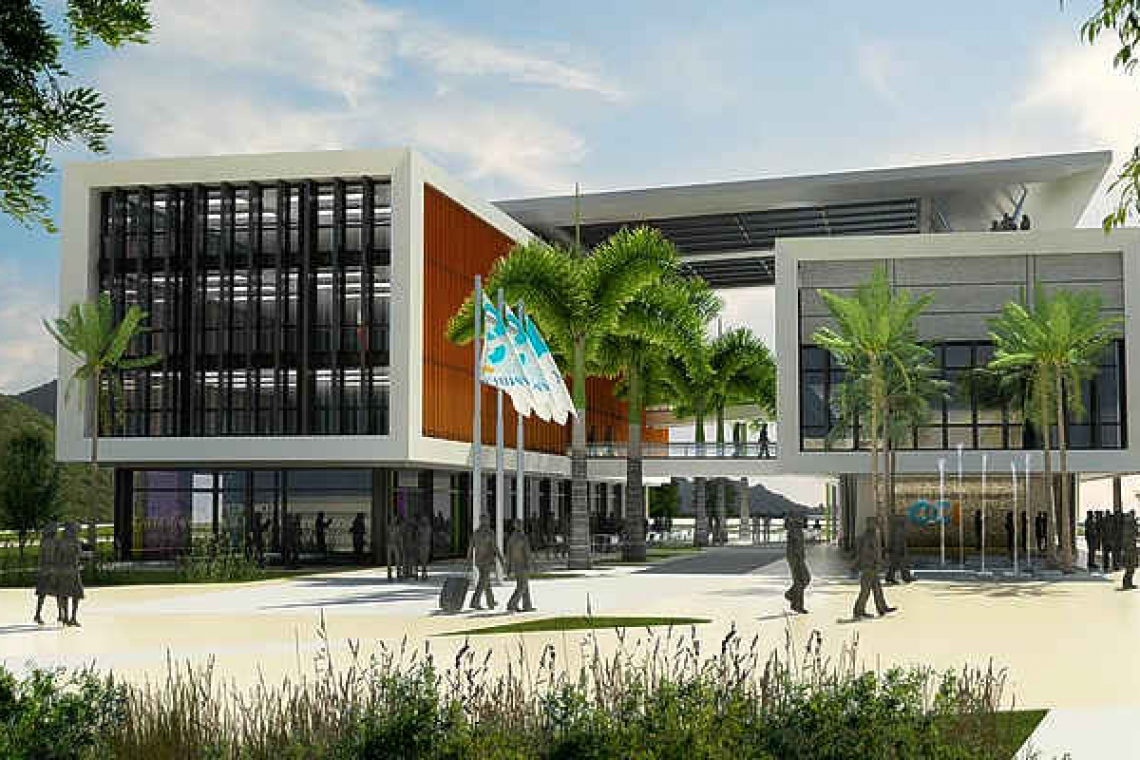 PHILIPSBURG–The St. Maarten Chamber of Commerce and Industry (COCI) has received its building permit for the development of Pelican Park, the first Economic Service Center (ESC) in St. Maarten.

The permit was received from the Ministry of Public Housing, Spatial Planning, Environment and Infrastructure VROMI on August 5.
The Pelican Park will be constructed on Walter Nisbeth Road (Pondfill Road) where the former Air Lekkerbek Restaurant was located.

Now that the building permit has been received from government, the project will be up for public tender as soon as final details are worked out, COCI said in a press release on Sunday. “These final details are being worked out by COCI with a team of dedicated architects, real estate agents, and (international) technical consultants.”

VROMI Minister Egbert Doran said that he is happy to have signed the building permit for COCI to construct its Pelican Park. Doran also thanked the staff of the permits department for all their hard work in the evaluation process. “Once this project is completed it will contribute in a major way to the economic growth on St. Maarten, as it promotes entrepreneurship. I know that many persons, including myself, are looking forward to its completion and I wish COCI much success,” Doran was quoted as saying.

The project has been in the planning since 2015. It has all the designs of an iconic modern development centre. Building one of Pelican Park will house the COCI Office and Business Support Center. Building two will house independent offices that can be purchased, leased-to-own or rented, as well as a food and beverage facility or full-service restaurant. Building three will comprise rental spaces for entrepreneurs and dining areas.

“COCI is excited for Pelican Park to become the catalyst of future iconic development in the greater Philipsburg area, in particular the Pondfill. The Chamber is willing to share its views on infrastructure development and business accessibility with interested parties and the public,” it was stated in the release.

COCI has a signed agreement with government for the Pelican Park initiative. Various ministers of VROMI have reviewed the plans and the COCI board, and its Building Committee, are thankful for the hard work and efforts taken to reach this newest milestone, stated the Chamber.

There are no upcoming events.